Dr. Jeremy Chambers is a native of West Virginia and a tenured associate professor. He earned his Ph.D. in Biochemistry from Clemson University for his research on hexokinase biochemistry and druggability in Trypanosoma brucei, the causative agent of human African sleeping sickness.  During a postdoctoral appointment at the University of Pennsylvania, Dr. Chambers went on to study how tumor-initiating viruses, like human cytomegalovirus, alter cellular metabolism. In his second postdoctoral position in the laboratory of Philip V. LoGrasso at the Scripps Research Institute, he was instrumental to the development and validation of highly selective, brain-penetrant inhibitors of the c-Jun N-terminal kinase (JNK) as potential therapies for Parkinson’s disease. It was during this time that Dr. Chambers made the critical discovery that localization of JNK species on mitochondria was crucial for the induction of cell death. He specifically demonstrated that selectively inhibiting the interaction between JNK and the outer mitochondrial scaffold protein Sab was instrumental in protecting cells and tissues from toxic exposures.

Upon his arrival at Florida International University, Dr. Chambers established the Laboratory of Mitochondrial Communication with the overarching goals of:

His research uses state-of-the-art methods in biochemistry, drug discovery, neuroscience, and toxicology integrated with systems biology approaches like proteomics and network analysis. By targeting pathological changes in mitochondria (our cellular power plants), new therapeutics that preserve mitochondrial health could be used to treat human diseases such as cancer and Parkinson’s disease and even offset the effects of aging. 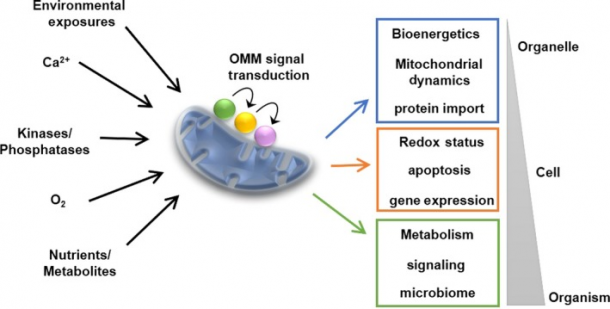 Understand control of our brain’s power plants (mitochondria): Mitochondria are integral to our nervous system, and significant crosstalk between cell and mitochondria is required for proper brain function. Disturbing this communication drives mitochondrial dysfunction and disease. Unearthing the proteins engaging in mitochondria-cell signaling will provide insights into how cells in the brain, namely neurons, align cell processes with mitochondrial function. The lab identifies protein-protein interactions at the organelle-cell interface and examines the impacts of each on mitochondrial and cellular physiology. The group assesses how chemicals from the environment and aging alter mitochondrial-cell crosstalk  and how these changes affect human health and disease. 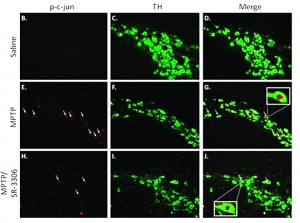 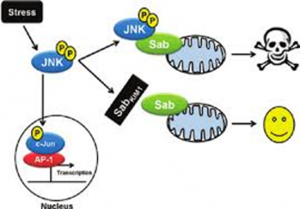 Organophosphates (OP) are well-known neurotoxins that include chemical weapons and pesticides. OP exposures can have long-term neurological effects that affect specific neuron populations in the brain. Dr. Chambers’ lab seeks to use high-throughput drug discovery techniques to find molecules to counteract short-term and chronic effects of OP exposures.

Personalized therapies for brain tumors: Glioblastoma is the most common and aggressive (mean survival ~15 months) brain cancer in adults, and current treatment strategies have a modest impact on disease outcomes. In collaboration with the Neuroscience Center at Baptist Health South Florida and the Miami Cancer Institute, Dr. Chambers’ team uses patient tumor samples in xenograft and cell-based studies to find biomarkers and interventions that may improve patient survival.

US Patent US10078090; SAB as a biomarker for degenerative diseases and therapeutic sensitivity in cancers. September 18, 2018.